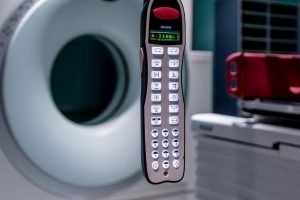 The MRI has become a critical part of medical diagnostics, allowing physicians to detect abnormalities in soft tissues, much like x-rays have permitted the viewing of bones. Although it has been an invaluable tool for diagnosis of medical problems, the process involves a number of risks that patients should know. Here are a few issues you should discuss with your physician before getting an MRI.

The MRI machine works by generating a strong magnetic field around the subject, while powerful radio waves are directed at the body. The information is then sent to a computer, which translates the data into an image that can be used to detect abnormalities in the soft tissue. Some people may be advised to avoid getting an MRI. Devices like pacemakers, aneurysm clips, gastrointestinal clips or dental implants can be affected by the strong pull of the magnets. Even individuals who work with metal, who may have tiny metal splinters in the eyes, are warned against having an MRI. If you have received a medical device that might contain metals that might present a problem during an MRI, you should ensure that your physician, as well as the technician, is aware of the issue. They will be able to provide more information about the safety of the material in regard to the MRI.

Patients with a fear of being in tightly enclosed places, a condition called “claustrophobia” often have some difficulty having an MRI. The machine itself is like a hollow, narrow tube that the individual is slid into, which can provoke feelings of panic and breathlessness. In many cases, the technicians administering the MRI can talk the individual through the experience, explaining how it works and what the machine is doing. However, for some individuals, this explanation will prove inadequate, and a tranquilizer must be provided to allow them to finish the diagnostic test. Some facilities offer an “open” MRI that is less confining, but these machines are not always available.

The administering of an MRI test often requires dye compounds that enhance the images and allow radiologists to see tissue more clearly, to provide better analysis and diagnosis. Recently, a dye commonly used for an MRI to create better images has been linked to negative health effects. The dye contains a metallic compound called gadolinium, which appears to be retained in tissues of the body for long periods of time. A gadolinium lawsuit involving a patient who received the dye during an MRI, and then later developed pain, weakness and impairment of cognitive function has been filed in recent years. Concerns about the dye have cause the U.S. Food & Drug Administration to call for increased warnings about the compound’s tendency to remain in skin, bone and brain tissue.

The MRI is an important tool in allowing physicians to see the condition of tissues inside a patient’s body without having to do invasive, exploratory surgery. It has facilitated treatment of a wide range of medical problems and reduced stress to patients. However, an MRI still poses a number of hazards that should be carefully considered before agreeing to undergo the imaging. Your physician can provide additional information about MRI tests to ensure your safety.